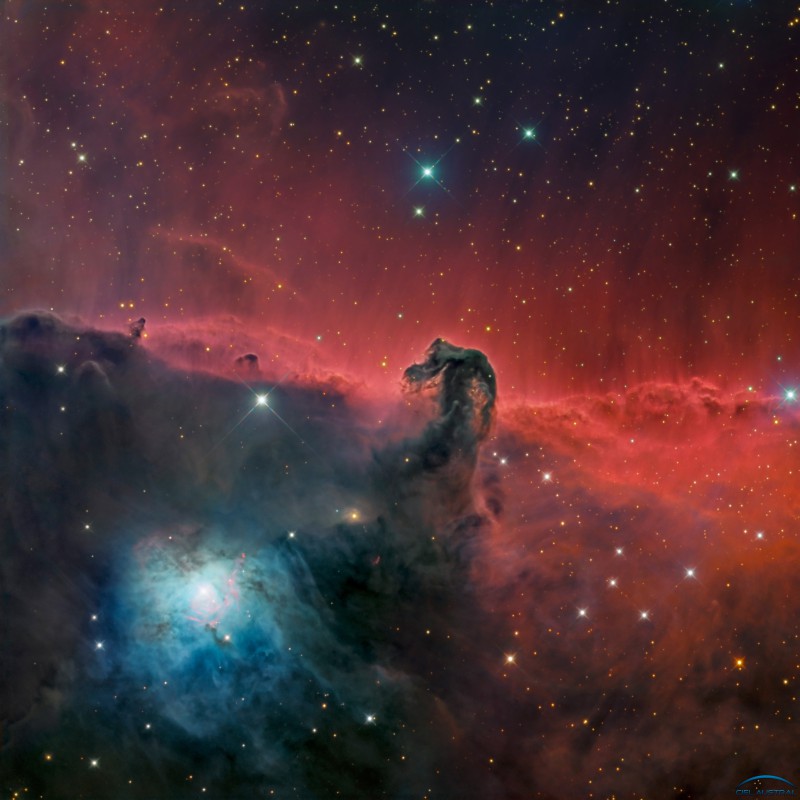 The Horsehead Nebula (also known as Barnard 33) is a dark nebula in the constellation Orion.[1] The nebula is located just to the south of Alnitak, the easternmost star of Orion’s Belt, and is part of the much larger Orion Molecular Cloud Complex. The nebula was first recorded in 1888 by Scottish astronomer Williamina Fleming on a photographic plate taken at the Harvard College Observatory.[2]

The Horsehead Nebula is approximately 1500 light years from Earth. It is one of the most identifiable nebulae because of its resemblance to a horse’s head.[3]

The dark cloud of dust and gas is a region in the Orion Molecular Cloud Complex where star formation is taking place. It is located in the constellation of Orion, which is prominent in the winter evening sky in the Northern Hemisphere and the summer evening sky in the Southern Hemisphere. This stellar nursery contains over 100 known kinds of organic and inorganic gases as well as dust; some of the latter is made up of large and complex organic molecules.[citation needed]

The red colour originates from hydrogen gas predominantly behind the nebula, ionized by the nearby bright star Sigma Orionis. Magnetic fields channel the gases leaving the nebula into streams, shown as streaks in the background glow.[4] A glowing strip of hydrogen gas marks the edge of the massive cloud, and the densities of nearby stars are noticeably different on either side.

The heavy concentrations of dust in the Horsehead Nebula region and neighbouring Orion Nebula are localized, resulting in alternating sections of nearly complete opacity and transparency.[5] The darkness of the Horsehead is caused mostly by thick dust blocking the light of stars behind it.[6] The lower part of the Horsehead’s neck casts a shadow to the left.[7] The visible dark nebula emerging from the gaseous complex is an active site of the formation of « low-mass » stars. Bright spots in the Horsehead Nebula’s base are young stars just in the process of forming. 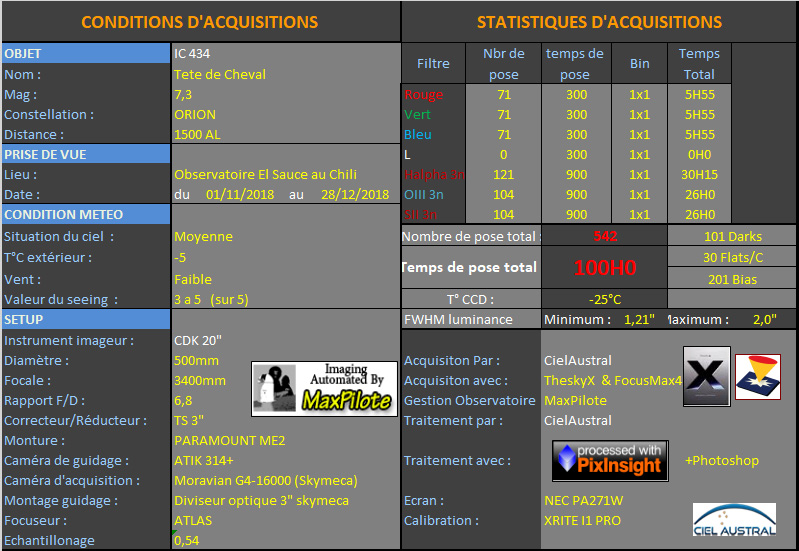 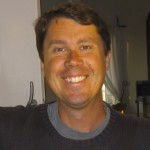